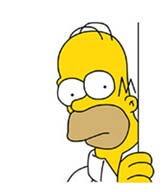 'Father's Day' is always on the third Sunday in June.

The idea of a 'Father's Day' was first proposed in 1909 by Mrs John Dodd who wanted a special day to honour her father, a Civil War veteran, who had raised his six children single-handedly on a rural farm after her mother had died in childbirth.

The first 'Father's Day' was observed on June 19th, 1910 in Spokane, Washington and the idea quickly spread around the country. In 1924 President Calvin Coolidge supported the idea of a national day and in 1966 it was declared an official day by President Johnson.

As with most things American the idea eventually found its way to England where we celebrate it on the same day.