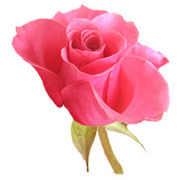 'Valentine's Day' is the 14th of February, when admirers or lovers send cards, flowers or gifts to the subject of their affections, sometimes anonymously. The original valentine messages were spoken or sung and the oldest written valentine in existence is held by the British Library and was written by Charles, Duke of Orleans, who in 1415, while imprisoned in the Tower of London after the Battle of Agincourt, sent a love poem to his wife.

But why Valentine?  Well, although the Roman Catholic church recognises at least 3 different saints named Valentine or Valentinus martyred on 14th of February, a popular theory is that Valentine was a 3rd century Roman priest who was caught performing secret marriages against the direct orders of Emperor Claudius II, who had decided that single men were more likely to join his army and be better soldiers.  Legend has it that before he was beheaded in 270 A.D. he sent his jailor's daughter a note signed "From Your Valentine".

There was also an ancient pagan celebration connected with the 14th of February - the Roman Feast of Lupercalia - during which young women would place their names in an urn.  Young batchelors would then draw names out and the pairings would last for the year, often ending in marriage.  Around 497 A.D. Pope Gelasius declared the day as "St Valentine's Day" but the lottery system was later deemed un-Christian and was outlawed.

The romantic connections live on and the valentine card is now the second biggest seller after the Christmas card.  However, with about 85% of cards being sent by women, it seems that things haven't changed much since the first century.